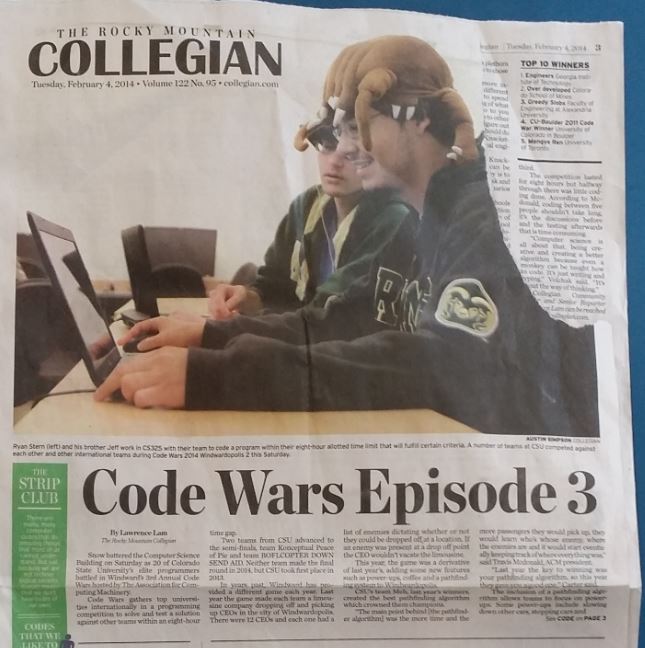 They beat runner-up Over Developed from Colorado School of Mines by a final round score of 103 to 94.3. In a very close challenge, third place went to String Theory from the University of Maryland College Park with a final score of 94.0.

We had a blast and the students did too, as you could see in the postings, videos and emails that made their way around this weekend. Here are five fun images from the 2014 Code Wars.

The front page of The Rocky Mountain Collegian, school newspaper of Colorado State University. As student Pash Volchak says, “Computer science is all about…being creative and creating a better algorithm, because even a monkey can be taught to write code.”

Baubles from a sunken treasure chest? No, it’s the Code Wars robot trophies mixing it up.

The finals round. Look at those A.I.s go!

This blog was written by:_
Heidi